Your Success
Is Our Top Priority

The world loves you.
We think you are special, brilliant, funny, and powerful.
You think so too… some of the time. 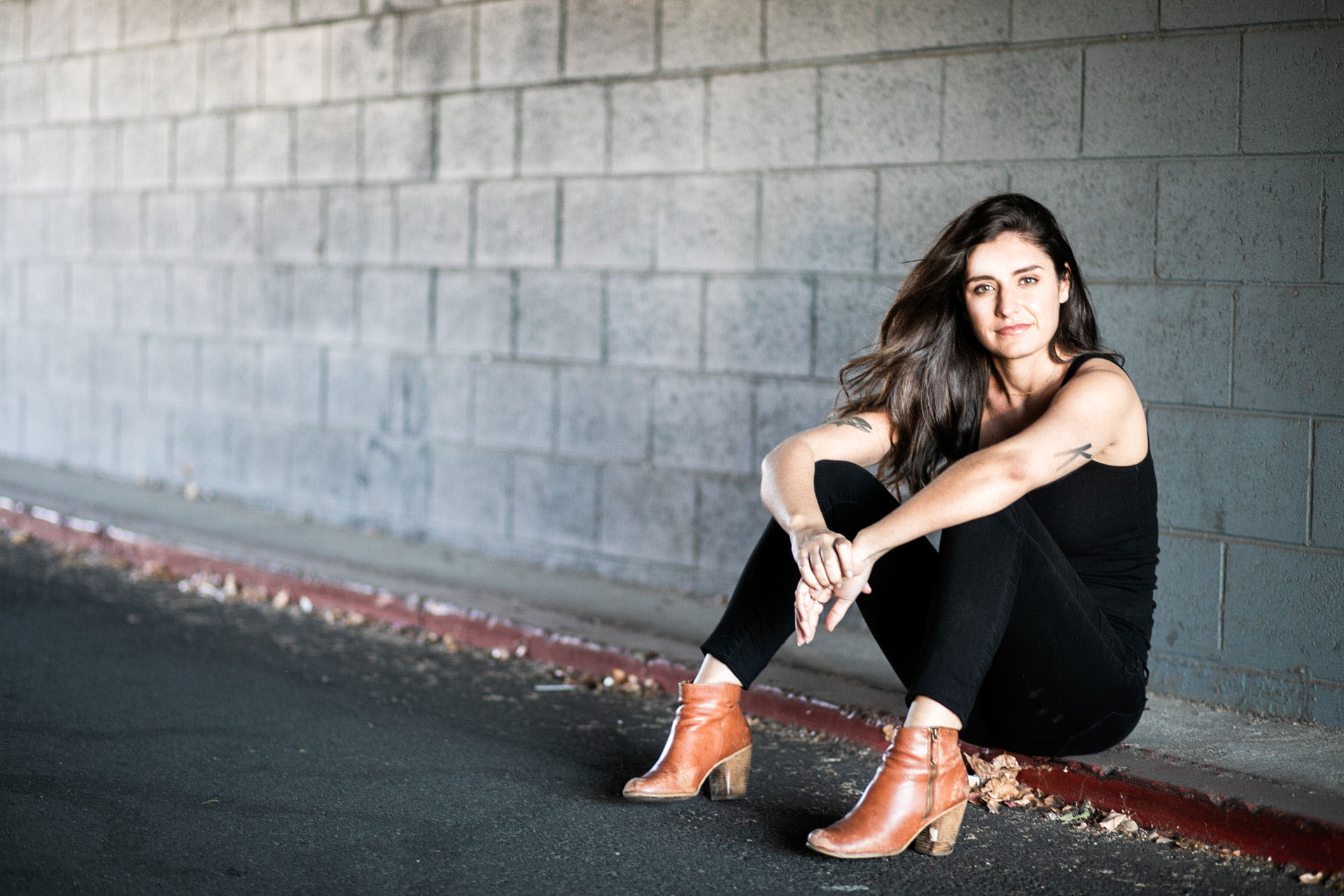 Let me guess, you got the title, the accolade, the accomplishment, and the merit. Maybe you even have a few letters after your name, and those letters represent something to you. They represent how the world is suppose to see you, the years and effort you have put into being seen the “right way.” You might even be the smartest person in the room, or at least the best at most things. And you got here didn’t you? It’s not so bad. In fact, it’s pretty great.

But there is a never-ending nagging feeling that there’s more you could have done, a bigger impact you could have, more success to be had, and more freedom to be felt. You’ve been admired and praised, getting away with that project even though you put in minimal effort. You won the race, even though you weren’t that interested in playing the game.

Hi, I’m Brittany Cotton, an Executive and Leadership Coach. I get it. I’ve been you. I could see you from a mile away.

Since 2016, I have served leaders at companies such as Amazon, Nike, Microsoft, and LiveNation; professional athletes, executives, and other thought-leaders in the coaching industry. I am the Head of Coaching at 7CTOS, a Program Leader and the Chief Growth Officer with Accomplishment Coaching, and a Professional Certified Coach.

Working with me means disrupting your relationship with circumstances, commitments, and responsibilities while breaking patterns that no longer serve you. You come away empowered with tools and techniques so you can step into what’s next instead of what’s known.

Be Radical. Ready to create your Legacy?

“From launching the MVP to winning a start-up competition, Brittany has been an invaluable asset to myself and the company. I recommend entrepreneurs & innovators to use Brittany's services. It was a game-changer!”

"Brittany has the great ability to translate and discern patterns and issues you are not present to, and help you to determine whether they serve your best self or not. I am reminded daily of our work and continue to use her methods and practices to thrive. This was one of the best decisions of my life, and I’m so happy that I was able to work with her.”

“I’d always wanted to work with a coach, but it was never the “right time”, or I couldn’t “find the time”, or it was just too expensive. I was wrong. If you’re ever looking to change or improve your life, your work, your relationship with yourself or others… I wholeheartedly suggest that you work with Brittany. My only regret is that I didn’t do it sooner.”

"Brittany is one of a handful of people who I would credit with a complete transformation of my life. When I first met Brittany, I was suspicious of her. I didn't think it was possible for someone to be so accepting, unattached, caring, and real. As I let down my walls and gave in to being coached, I found myself creating breakthroughs all over my life/career/home/love/everything. Looking back I can see it was my own fears and doubts that had me ever question if the life I have now was possible, and that someone could be so supportive in helping me create it."

"As someone who has been on a journey to deepen my trust in myself, Brittany gracefully and powerfully asked questions that put me in charge of my own life again. Her sense of humor, willingness to be real, to say the thing I didn’t always want to hear but needed to, and continually seeing me as my highest self made a profound impact on my life. She is a powerful force for change and growth and intention, and just an amazing human to have on your side.”

"Brittany showed me things in me that I never realized. The breakthroughs I had are so powerful and endless. She brought me to a place of understanding that I can have it all. I can show up powerfully in my life. I can honestly say Brittany changed my life. Thank you for never giving up even when I wanted to.”

"I own a business that works with a Fortune 50 company and was a top 100 performer before Brittany. Things were good, but not good enough for me. That was the struggle and the excuse for putting off all my personal desires. With [Brittany’s] coaching, I was able to get out of my own way and stop postponing happiness until after some arbitrary milestone. My business is doing better than ever and I am now a top 30 performer, even with all the 'distractions' that I thought wouldn't make it possible."

“I needed a shift in my life and I didn’t know how to go about it. Beyond helping me with my relationship with my boyfriend, she helped me to discover a whole new lens on life; being able to view more of my day to day interactions with love, joy and positivity. My attitude and productivity also shifted at work- I got a promotion! I can’t thank Brittany enough for all of her guidance and support in helping me focus on achieving my greatest self. Highly recommend Brittany’s coaching services!”

"'Life-changing' seems cliché and over-used but it honestly isn't a deep enough description of what the past 8 months of coaching with Brittany Cotton have given me. For the first time in my life, I feel like I know my value and my worth. I know who I am and the qualities I bring to the table. I'm proud of the work I've done with her and the person I show up as in all aspects of my life. I am proud of who I am BE-ing. Brittany coached me through stepping into my personal power, confidence, courage, and trust which has bettered all areas of my life. Thank you for the work you do and for the transformative power of your coaching."

"I had the opportunity to engage in a 6-month plan for Executive Coaching with Brittany. If I can describe the experience with one word, it would be TRANSFORMATIVE!

Brittany is a well-prepared and skillful coach that knows how to make the best of each coaching session allowing me to explore alternatives that I did not even think were possible.

This life changing experience did not only help me in my work as a leader but also in my personal life and relations with others.

I would do it all over again."

"I first engaged Brittany when I recognized a problem among our group of three tech cofounders. We'd raised a lot of money, hired a team, and had huge confidence in the idea, but something was off. Something you couldn't really put your finger on.

Over the course of time she helped us—and me—deeply identify who we were bringing to the table and why we ultimately weren't right for each other. She helped us gain health, identity, and knowledge.

When I compare myself today to who I was when I started working with Brittany, it feels like comparing a child to an adult. I've grown up—not in any way that implies a loss of innocence or playfulness but in the sense that accessing truth—the "why, how, and so what" behind behavior—is much more available to me.

Not once did we think through a business problem, focusing our intention instead on dissecting down to the atomic unit who I was bringing to the table—which then unlocked my own ability to lead a high-performing organization.

I would not hesitate to recommend her for any executive looking to create a powerful, authentic self in her business and in her life.
"

"About two and half years ago, I decided to buy a painting franchise.

I had spent 20+ years in advertising but had become burnt out. While I had managed teams and a run a department, I had never run my own business.

As you can imagine, this comes with a tremendous set of new challenges. Brittany was incredibly helpful in getting my business up and running. From time management, to creating company culture and retaining team members, and work/life balance, Brittany was able to provide guidance, processes and tips/tricks for us to become to become successful.

Top line revenue increased 50 between year 1 and 2, and between year 2 and 3, we currently project to be up almost 150%. I could not have done this without Brittany’s coaching and guidance.

I highly recommend her for anyone starting a business or leading a team."

"A few years ago, when I was at the lowest point in my life, Brittany really helped me see the light at the end of the tunnel. She held space for me to not be OK. She helped me cultivate a deep sense of self-compassion throughout the year we worked together.

A few years later, she coached me, again, but this time was completely different. All of those seeds she had planted in me a few years ago had come to blossom. She wasn't helping me get on my feet, she was helping me take things to the next level.

It has been such a gift to be so deeply held and seen along my journey. It means the world to me. Brittany is an amazing coach who can really help you add momentum to your life"